Beginning and History of Actuarial Science

Beginning and History of Actuarial Science

Actuarial Science cannot be understood without understanding the history of insurance first. Tracings of the modern-day insurance industry could be found in ancient shipping transactions. Wealthy individuals funded voyages that would leave ancient Greece with wine, olives, or pottery for Africa, and would return with exotic and valuable spices, wood or metals, but they would not seek repayment if the cargo was lost. However, they would require full repayment if the ship did return with the cargo intact. The investor was compensated, both, for the time value of money and the risk associated with the interest rate. Traditional investors became unwilling to assume the risk, as the world trade expanded. Professional risk takers and insurers has breached the gap, by 1300’s. 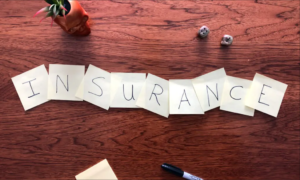 In the earlier times, there was no room for the sick, suffering, poor, disabled- and they were often not a part of the cultural consciousness of the society. Charity became a part to aid for the support, these were collected by the organizations or neighbors, apart from the primary help from the family members. By the middle of 3 rd century, about 1,500 people were suffering and were supported by the charitable operations in Rome. Such a protection can be seen even in the present days. But the air around receiving charity was uncertain and backed by social stigma.

This brought the rise of elementary mutual aid agreements and pensions. Associations were made to meet the expenses of burial, cremation, and monuments, which were precursors to burial insurance and friendly societies. A small amount was paid into the communal fund on a weekly basis and upon the death of a member the fund would cover the expenses of various rites and burial. Saxon class of England, and their Germanic forebears, and to Celtic society, were a part of the surety and assurance pacts in the early days.

During the 17 th century, a rougher and more scientific basis for risk management was being developed. 1662, John Graunt, a London draper, showed that there were predictable patterns of longevity and deaths as recorded in a group of people, other than following to that of a single individual. This study became the basis of a life table. Combining this with compound interest and annuity, it became possible to create an insurance scheme to provide life insurance or pensions for a group of people. Edmond Halley, was the first person to correctly use these values. 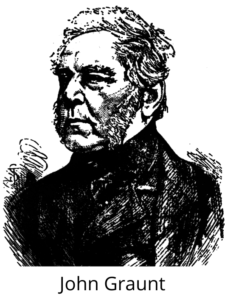 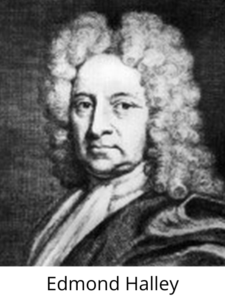 The study further expanded when there was felt a need to create a better understanding of one’s power and ability to foresee events in the future, to set aside funds for the same. This need fell into the life insurance sector, where the quantum of future liability was known, but the timing, unknown. There lied a major challenge to figure out what the present value of the liability would hold in the future.

A linear model was created, using past experiences, events, and learnings, to answer the question of when the future liability would be due to come. Once with the details of the future would come to understanding, all that was needed to be done was to discount the future value by using a prudent discount rate to achieve how much the company should keep aside in the present to pay off in the future.

Due to events, actuarial science was developed on a completely different path, which made them to be more reliant on assumptions, as opposed to concepts in the modern finance. For example: by changing the asset location, mix of investments can change the value of assets and liabilities, according to one traditional actuarial method but was opposed and inconsistent with financial economics.

The realization that modern financial economics theory could compliment the existing actuarial methods was recognized by actuaries in the mid-20 th century. The effort to combine financial theory with stochastic theory, the late 1980’s and early 1990’s into their established models was noted. Ideas from financial economics started to highlight in the actuarial thinking, and actuarial science has started to dive into more modern and sophisticated mathematical modelling of finance. Today, multiple universities are making this profession both into practice and imparting it into the educational syllable, this has seemed the additions of concepts such as tables, stochastic methods, financial methods and loss models. However, the assumption-based studies are still followed in Northern America.

There was another flaw, or point of debate, Product Design. Pension benefits are not bond like and should not be funded with equity investments without showing the risks of not gaining expected returns, as argued by financial economists. However, some pension products do reflect the risks of unexpected returns. Or in some scenarios where the pension beneficiary or employer assumes the risk.

The current scenario seems to be debating over these 4 points:
1. Financial models should be at liberty of arbitrage.
2. The value of an asset is independent of its financing
3. There should be a same price for assets and liabilities with identical cash flows
4. And the issue deals with how pension assets should be invested

In the end, this profession has given us some commendable names, bringing it up to
the level it has reached in the modern day. Finance however, is not the only field
now handled by actuaries, other fields include health, large organizations, and
society affairs as well.